Luyện đề là cách tốt nhất giúp bạn có một kỳ thi chứng chỉ tiếng Anh suôn sẻ thành công cũng như đạt kết quả cao. Cùng tham khảo ngay mẫu đề thi đọc hiểu tiếng Anh B2 ngay dưới đây giúp bạn làm quen với kiểu đề và có sự chuẩn bị tốt nhất nhé. Directions: In this section of the test, you will read FOUR different passages, each followed by 10 questions about it. For questions 1-40, you are to choose the best answer A, B, C or D, to each question. Then, on your answer sheet, find the number of the question and fill in the space that corresponds to the letter of the answer you have chosen. Answer all questions following a passage on the basis of what is stated or implied in that passage.You have 60 minutes to answer all the questions, including the time to transfer your answers to the answer sheet.
Example
Read the following passage: FALL WEATHER One of the first things we look for in fall is the first frost and freeze of the season, killing or sending into dormancy the beautiful vegetation you admired all summer long. For some locations along the Canadian border, and in the higher terrain of the West, the Line first freeze typically arrives by the middle part of September. Cities in the South may 5 not see the first freeze until November, though a frost is very possible before then. A few cities in the Lower 48, including International Falls, Minnesota and Grand Forks, North Dakota, have recorded a freeze in every month of the year.
0. When does the first freeze often arrive in the South?
A. Early September
B. Mid September
C. November
D. Before November
You will read in the passage that “Cities in the South may not see the first freeze until November”, so the correct answer is option C. November.

Line Ever wondered what it feels like to have a different job? Here, four people with very different careers reveal the trade secrets of their working day.

My day typically starts with a business person going to the airport, and nearly (5) always ends with a drunk. I don’t mind drunk people. Sometimes I think they’re the
better version of themselves: more relaxed, happier, honest. Only once have I feared for my life. A guy ran out at a traffic light and so I sped up before his brother could run, too. He seemed embarrassed and made me drop him at a car park. When we arrived, the first guy was waiting with a boulder, which went through the windscreen, (10) narrowly missing my head. But the worst people are the ones who call me “Driver!”

I not only provide appearance for my client, I also do damage control. We’ve had clients involved in lawsuits, divorces or drugs. One mistakenly took a gun to an airport. On the red carpet – at the Academy Awards or the Golden Globes – I’m the (15) person making my client look good. The other day at an Oprah Winfrey event, the carpet wasn’t put down properly and my clients almost went flying – I had to catch them. They can make some strange requests, too. At a black-tie gala at the White House, two clients hated the dinner and insisted that we circle around Washington DC to find a KFC open at 1a.m. I had to go in wearing a gown and order so they could eat (20) it in the car.

I could teach you to do a basic brain operation in two weeks. But what takes time and experience is doing it without wrecking the brain of the patients – learning your limitations takes years. (25) I ended up working as a pediatric neurosurgeon because children make better recoveries from brain damage than adults. So it’s more rewarding in terms of outcome and I find their resilience really inspiring. It’s taken me a decade to become comfortable discussing an operation with children, but they have to be able to ask questions. You have to show them respect. Sometimes their perspective is funny; (30) most teenage girls just want to know how much hair you’ll shave off. I don’t get upset by my job. These children are dying when they come in and I do whatever I can to make them better.

When you become a judge after years of being a barrister and trying to make points (35) that win cases, you have to remember that a huge part of what you do is listening – to advocates, to witnesses, to defendants. Behind closed doors most judges, even very experienced ones, are much more anxious about their work than most people might think. We agonise over what we do and the decisions we have to make. It would be bizarre to say that as a judge, we learn to be less judgmental. But as you see the (40) complex and difficult lives of the people who end up in front of you, you realise that your job is not so much to judge them as to ensure that everyone receives justice.

1. In the first paragraph, what best paraphrases the sentence ‘My day typically starts with a business person going to the airport, and nearly always ends with a drunk’?
A. Normally, I will take a business person and a drunk at the airport.
B. Normally, I will go to the airport in the morning and come back with a drunk.
C. Normally, my first passenger will be a businessman and my last one a drunk.
D. Normally, I will drive a businessman to the airport and come back almost drunk.
2. What does Harry probably do for a living?
A. A tour guide
B. An agent
C. A lawyer
D. A driver
3. The word ‘circle’ in line 18 could be best replaced by
A. drive
B. look
C. walk
D. ride
4. In lines 23-24, what does Jennifer mean when she says, ‘Learning your limitations takes years’?
It takes a person a long time to
A. control his weakness in a brain operation.
B. understand what he cannot help.
C. perform even a basic operation.
D. be able to perform a brain surgery.
5. The word ‘their’ in line 27 refers to
A. patients’
B. neurosurgeons’
C. children’s
D. adults’
6. The word ‘perspective’ in line 29 is closest in meaning to
A. question
B. worry
C. view
D. prospective
7. According to the passage, whose job involves in a large part listening to others?
A. Luc’s
B. Harry’s
C. Jennifer’s
D. Solange’s
8. According to the passage, who is likely to meet different types of people every day?
A. Luc
B. Harry
C. Jennifer
D. Solange
9. The word ‘ones’ in line 37 refers to
A. judges
B. barristers
C. advocates
D. defendants
10. What is the purpose of this passage?
A. To inform people of what to expect in those jobs.
B. To report what different people do and think about their jobs.
C. To raise awareness of the importance of different jobs.
D. To discuss the advantages and disadvantages of these jobs.

Spring is the season when newly minted college graduates flock to New York City to start their careers. They begin the search for their dream apartment, brokers say, with the same single- minded determination that earned them their degrees and landed them their jobs in the first place. But that determination only goes so far when it comes to Manhattan real estate. [A]
(5) “Almost every single person I’ve worked with thinks there’s a golden nugget of an apartment
waiting right for them,” said Paul Hunt, an agent at Citi Habitats who specializes in rentals. “They all want to be in the Village, and they all want the ‘Sex and the City’ apartment.”
The first shock for a first-time renter will probably be the prices. Consider that the average monthly rent for a one-bedroom in the Village is more than $3,100 and that the average for a (10) studio is over $2,200. Or that the average rent for a one-bedroom in a doorman building anywhere in Manhattan is close to $3,500. [B]
Mr. Hunt said that when he shows prospective renters what their budget really can buy, they are sometimes so appalled that “they think I’m trying to fool them or something, and they run away and I don’t hear from them again.”
(15) Alternatively, the renter checks his or her expectations and grudgingly decides to raise the price
limit, or look in other neighborhoods or get a roommate. “When expectations are very high, the process can be very frustrating,” Mr. Hunt said.
The thousands of new graduates who will be driving the engine of the city’s rental market from now until September will quickly learn that renting in New York is not like renting anywhere (20) else. [C]
The second shock is likely to be how small a Manhattan apartment can be. It is not uncommon in New York, for example, to shop for a junior one-bedroom only to find out it is really a studio that already has or can have a wall put up to create a bedroom.
[D] To start with, landlords want only tenants who earn at least 40 times the monthly rent, which (25) means an $80,000 annual salary for a $2,000 apartment. According to census data, more than
25,000 graduates aged 22 to 28 moved to the city in 2006, and their median salary was about $35,600.
Those who don’t make 40 times their monthly rent need a guarantor, usually a parent, who must make at least 80 times the monthly rent. In addition to a security deposit, some landlords also (30) want the first and last month’s rent. Tack on a broker’s fee and a prospective renter for that
$2,000 apartment is out of pocket nearly $10,000 just to get the keys to the place.
11. Which of the following would be the best title for this article?
A. Best Guide to Finding an Apartment in New York City
B. New York City – Haven for First-time Renters
C. Surprises Await First-time Renters in New York City
D. Sure You Can Afford it in New York City?

12. On average, how much do tenants have to pay for a studio in New York City?
A. About $2,000
B. More than $2,000
C. More than $3,100
D. Less than $3,500
13. Which of the following words can best replace the word ‘prospective’ in line 12?
A. Apparent
B. Prosperous
C. Potential
D. Upcoming
14. Which of the following is NOT listed by Mr. Hunt as a reaction of prospective renters when he informs them of the prices?
A. They think the broker is meaning to deceive them.
B. They decide to move to another city.
C. They decide to look for a place in a different neighborhood.
D. They find someone to share the accommodation with.
15. According to Mr. Hunt, what would make the process of finding an apartment challenging?
A. Renters do not trust the brokers.
B. Renters over-expect about places they can rent.
C. Landlords expect tenants to have secured income.
D. Renters want to bargain with landlords.
16. Which of the following would best describe the attitude of renters who decide to raise their price limit after being informed of the price?
A. Willing
B. Hopeful
C. Reluctant
D. Frustrated 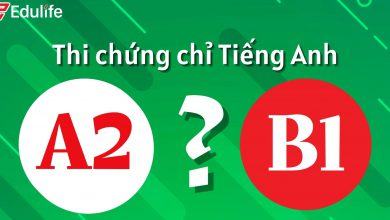